The Most Critical Factor in Achieving Your Goals May Surprise You 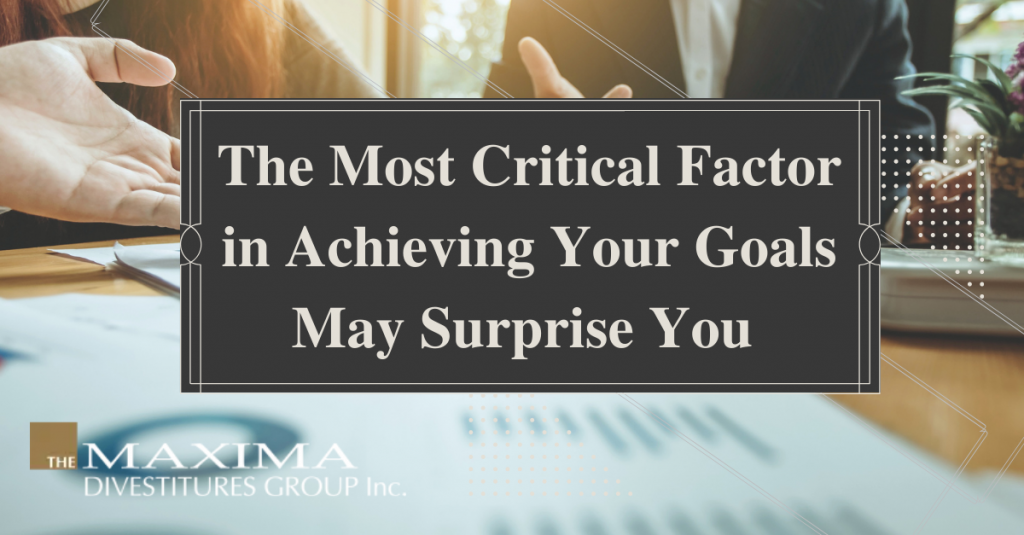 The Most Critical Factor In Achieving Your Goals May Surprise You

As we roll right past the fourth quarter and into 2022, you may be starting to consider a re-evaluation of your business goals for the new year.

Given how the past few years have gone, maybe your primary ambition is to survive in 2022.  Perhaps you’re going to create a recurring revenue stream or finally hire that new general manager. Or, potentially, you’ve decided to start preparing for an exit.

Whatever your goals are, the most important thing you can do now is write down  your plan to achieve them.

This point was driven home recently by a study published in the British Journal of  Health Psychology. The project was designed to see what impact stimuli would have  on participants’ level of exercise. Researchers divided a random sample of  participants into three groups.

For the first group, the researchers asked the participants to track how frequently  they exercised. They were told to read a passage of an unrelated book before  beginning.

For the second group, researchers wanted to measure the impact that motivation  would have on their exercise levels. The second group was also asked to track their  activity levels and were then told to read a book’s motivational passage that  outlined the benefits of exercise for maintaining a healthy weight.

The third group was asked to read the same motivational excerpt as the second  group, but had the additional task of writing down their exercise goals for the  coming week.

When the researchers sat down to analyze the results, they were surprised to find  that among the motivated group (group 2), just 35% exercised once per week. That  was slightly less exercise than group 1 (36%) even though they were motivated to  work out.

When the researchers analyzed the third group’s exercise log, they were stunned to  find that 91% of them had worked out. The only difference between groups 2 and 3  was that the third group was asked to write down their goals. That simple task  seems to have almost tripled their likelihood to succeed.

The researchers concluded that motivation alone has virtually no impact on our  actions. Instead, it is motivation coupled with a written action plan of how you’re going  to achieve your goals that has the most significant impact on your results.

Food for thought as you start thinking about making 2021 your best year yet.

Thanks for reading. For all thing M&A, talk to an expert at MAXIMA today.