When is the Best Time to Sell My Business? 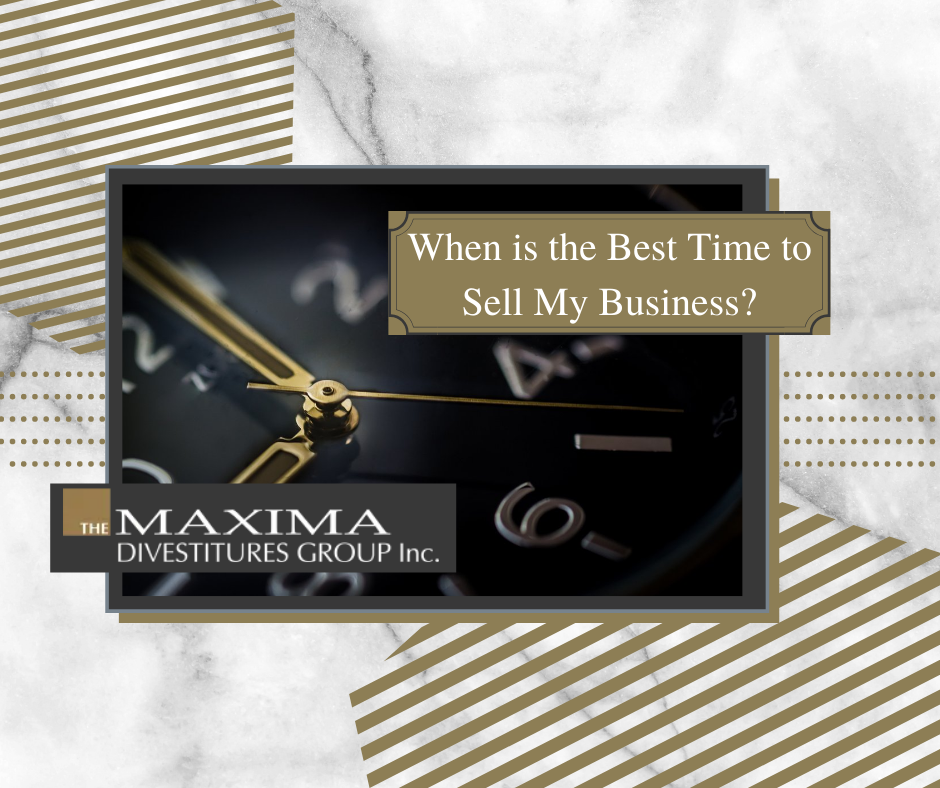 After working through the CCF and the DCF versus comparable transactions and an asset-plus-goodwill calculation they were both smiling and even a little giddy to see the $6.7M-$7.3M estimate of fair market value. We agreed to test the market for a buyer with a transaction in the $7M or better range.

We have witnessed this process a number of times before. The typical business owner seems to be so wrapped up in the day-to-day operations they only occasionally pause to mentally juggle ideas about what their business might truly be worth.

Mr. X was already processing different comments and factors we had identified in our calculations. He was looking for assurances we were confident in those calculations.

When we asked her what she thought of all this she genuinely shared the reality of their last 14 years. They had survived a serious downturn, struggled to keep on the positive side of debt, put up their home as collateral (something that kept her awake at night), and all the time’s Mr. X had to stay in the field working or spend weekends away with clients curling or golfing or whatever it took to keep the work coming in.

She shared her personal challenges with taking care of the home front and sometimes feeling overwhelmed with raising the kids herself. While she was never truly alone, sometimes it sure felt like it. Mr. X was only a phone call away, but it seemed there was always something that just had to be done.

Now with the reality of finally reaching the decision to cash out and have life get back to normal, she was already excited about the possibilities. Could they move to a new house closer to the city? When could they take the kids and go on an extended holiday without the cell phone constantly stirring up Mr. X? She assured Mr. X he was a good provider, and she was so proud of him for making the decision to take the next step in their life. Several times she rested her hand on his shoulder and clearly was happy to the brink of tears with this moment.

After the usual discussions on what happens next, we asked Mr. X when he would like to move forward to complete the Corporate Profile and start testing the market. Then came the awkward silence. Mrs. X must have known what that meant because her emotional walls were going up as she withdrew from the conversation and sat quietly.

Mr. X proceeded to explain: we have a client that is talking about drilling a new round of infill wells. We have this new E&P Company having us qualify for a MSA and that should mean new work ahead. And we are so close to getting orders for that new service we want to offer. On top of all that, one of their competitors had been asking questions about what it would take to buy him out! Mr. X could not see how it could be a more positive time to grow the business to the next level.

After a careful explanation to us he simply said if we work at this another year, we will be worth more. When Mrs. X asked how much would be enough, Mr. X simply dismissed the question and thanked us for our work. He told us to keep in touch and we could do this again in a year.

Fast forward 14 months: the price of oil had dropped back well below $100 and new wells in southern Alberta were down 50%. Mr. & Mrs. X sat down to talk about the impact of the Year-to-Date numbers and how they impacted the range of values. We reviewed the financials and confirmed revenues were down 50%, and they were losing money every month. The bank lines were to the max, and they were at risk of being put in the penalty box. Mr. X stated clearly, he was ready to sell the business right away.

The brutal news was the enterprise value was less than $3M and with the debt they would only net about $1.2M if we were able to find a buyer. Without one word of a lie those words had barely came out of my mouth and Mrs. X slapped Mr. X so hard it seemed to stop time. She never said another word but simply sobbed and went to the waiting room. She was one of the strongest women I have ever met.

Mr. X gathered his thoughts before he said anything.

Eventually he shared the competitor had won the only new work in the area and the work promised from the curling and golfing buddies had evaporated with the price of oil. He was going to see about some kind of an equipment sale to several competitors he knew over the years. Perhaps the competitors would take on his employees. He would work one of the units himself for an hourly wage and not have all the stress of running a business.

Five minutes later they were gone.

The time to sell your business is when it is worth buying. That may not have anything to do with when you’re ready to sell.